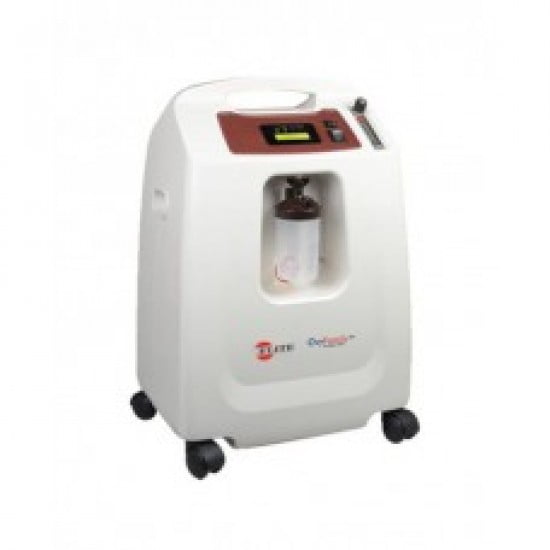 Home medical oxygen concentrators were invented in the early 1970s, with the manufacturing output of these devices increasing in the late 1970s. Union Carbide Corporation and Bendix Corporation were both early manufacturers. Before that era, home medical oxygen therapy required the use of heavy high-pressure oxygen cylinders or small cryogenic liquid oxygen systems. Both of these delivery systems required frequent home visits by suppliers to replenish oxygen supplies. In the United States, Medicare switched from fee-for-service payment to a flat monthly rate for home oxygen therapy in the mid-1980s, causing the durable medical equipment (DME) industry to rapidly embrace concentrators as a way to control costs. This reimbursement change dramatically decreased the number of primary high pressure and liquid oxygen delivery systems in use in homes in the United States at that time. Oxygen concentrators became the preferred and most common means of delivering home oxygen. The number of manufacturers entering the oxygen concentrator market increased exponentially as a result of this change. Union Carbide Corporation invented the molecular sieve in the 1950s which made these devices possible. It also invented the first cryogenic liquid home medical oxygen systems in the 1960s.